Hello! Its been a while since I last updated! I hope everyone is doing well! I just wanted to show you this maternity top I made a while back, as well as a pair of linen shorts I made. 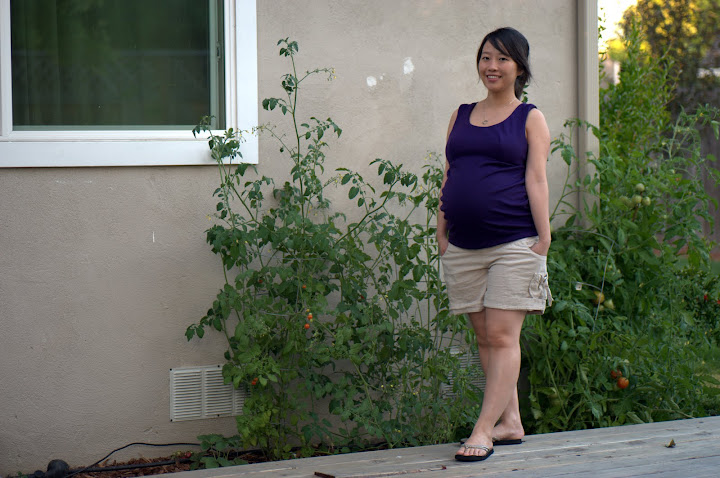 The top was made from the same purple fabric I used for the off shoulder dress. It was suppose to be a dress but the back didnt turn out as classy as I thought it would be, so I changed it to a top instead.

Did some gathering on the side to allow room for my growing tummy: 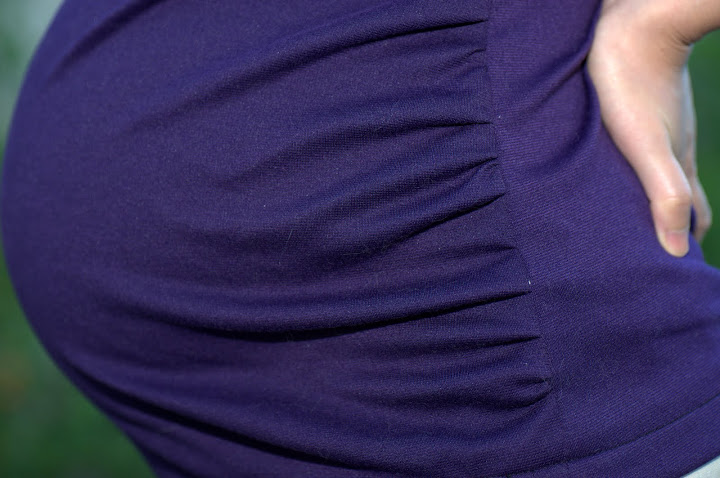 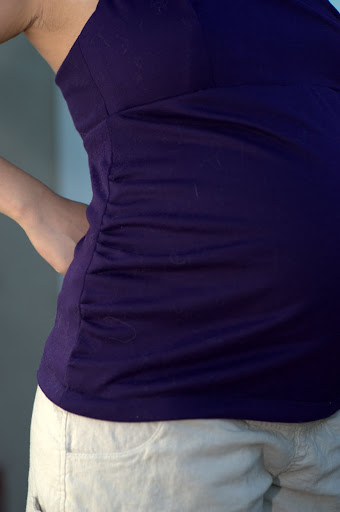 Front is pretty normal looking, almost like a tank top: 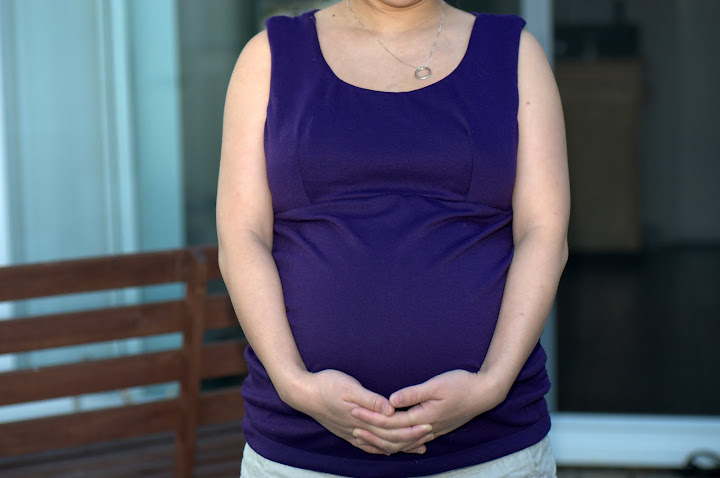 The back has a cute what I call, “wing cutout”, it was suppose to be a lot classier, but now its just sporty: 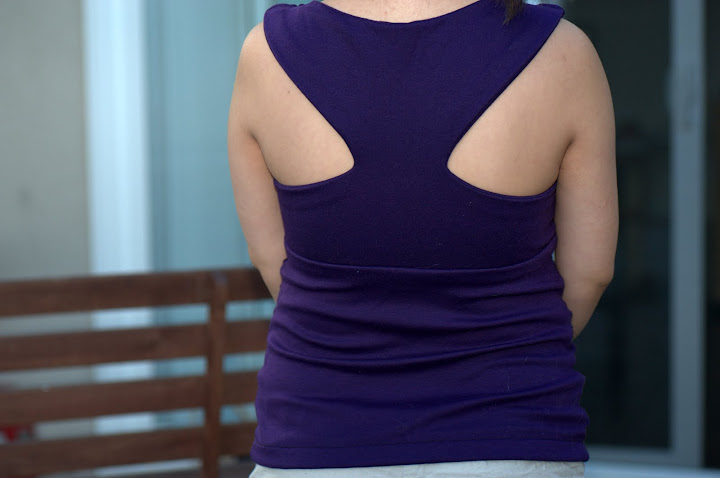 The linen shorts are really comfortable. The linen is made from a rayon linen blend, and is slightly stretchy. I actually based the pattern off the yoga pants from burdastyle. I added pockets, made more room in the legs, lowered the front crouch a bit, and used a elastic band for the waist band. I would have made it shorter, but being all chubby and matern-y, I dont think I can pull off the cute hochimama look anymore! 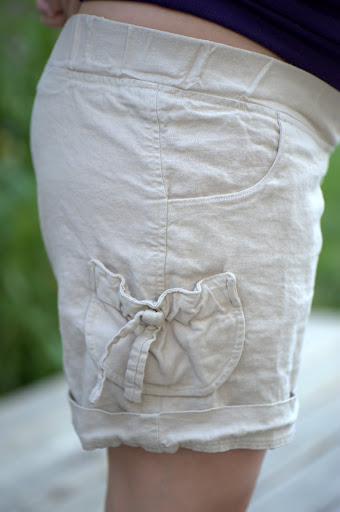 Look at how big my tummy had grown! I am 30 weeks now! My tummy had really grown since a few weeks ago. Kaylee had been great, she loves doing morning and night stretches in my tummy! I even got her moving on video to show her off!

Talking about pregnancy, my doctor told me that I have glucose intolerance due to the pregnancy (similar to gestational diabetes but not as bad), so I’ve been put on a diet so that Kaylee doesnt get too much sugar in my tummy and become overweight. No more sweets!! 😦 The diet is really helping though. There was a week where I gained about 5 pounds in a single week before I started the diet. After that growth burst I started the diet, and my weight had been climbing much more reasonably. For the pregnant women out there — you are suppose to get checked between 24th and 28th weeks, so get it done early, before you start gaining too much! I’ve found that Wii fit is an excellent tool during pregnancy — it tracks your weight through out, and once you weighed yourself, you might as well do some exercise on there! I’ve found that the yoga poses on there really helped with my back pain, highly recommended! But because I am putting exercise as higher priority over sewing now, my productivity has dropped quite a bit. Nonetheless, I have a few new things to show you, so check back soon!