Hi all! Its been a while since I posted any proper sewing project, in fact, its been 4 months! There has been few projects in between, and I just havent had the opportunity to get photos taken. First thing to show you –  a red coat!!! I know, winter is finally over for the northern continents, I’ve actually finished this coat early January, and wore it throughout the winter. I had the chance to take it out for a spin again just a few weeks ago when temperature dipped. 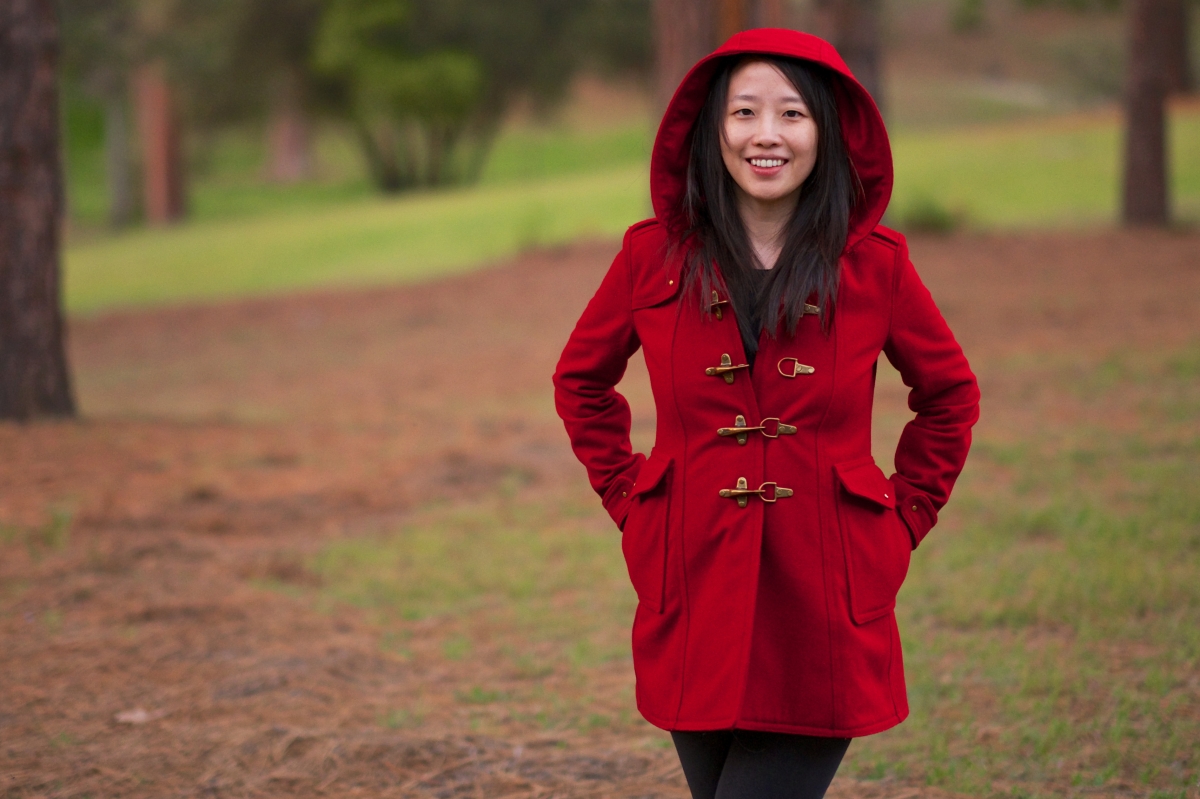 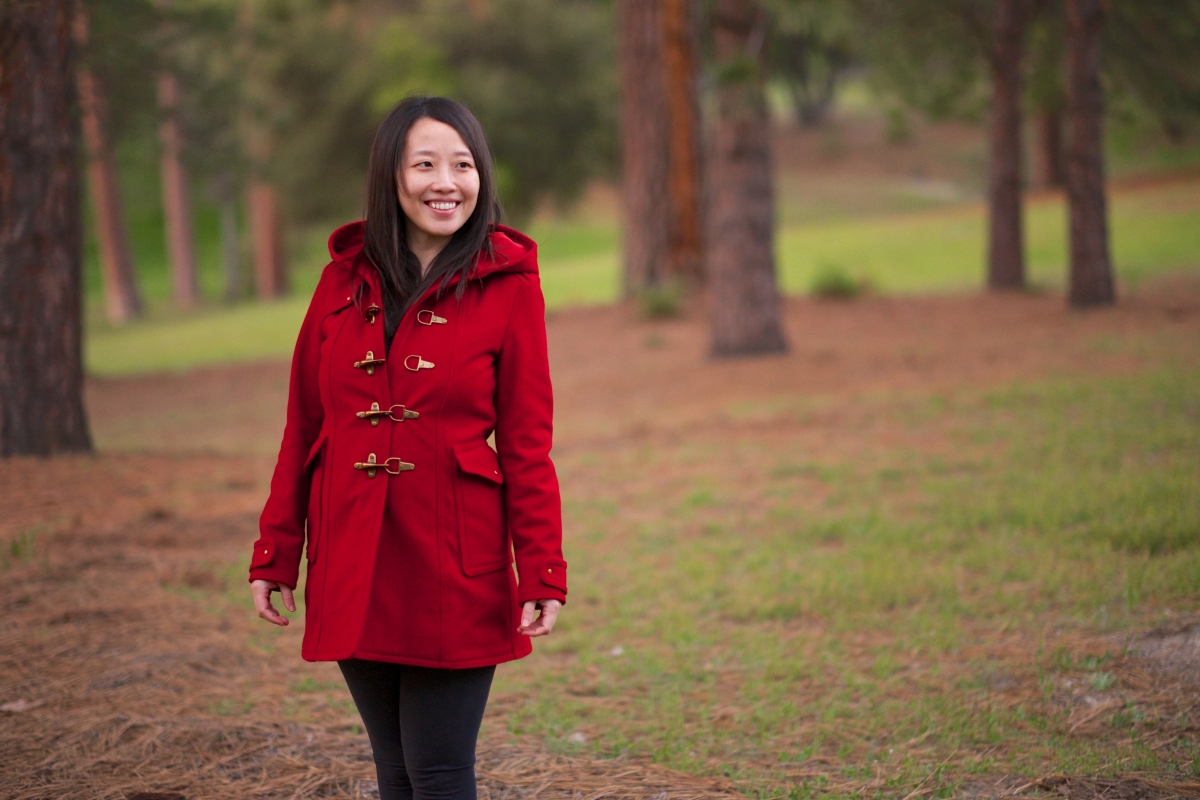 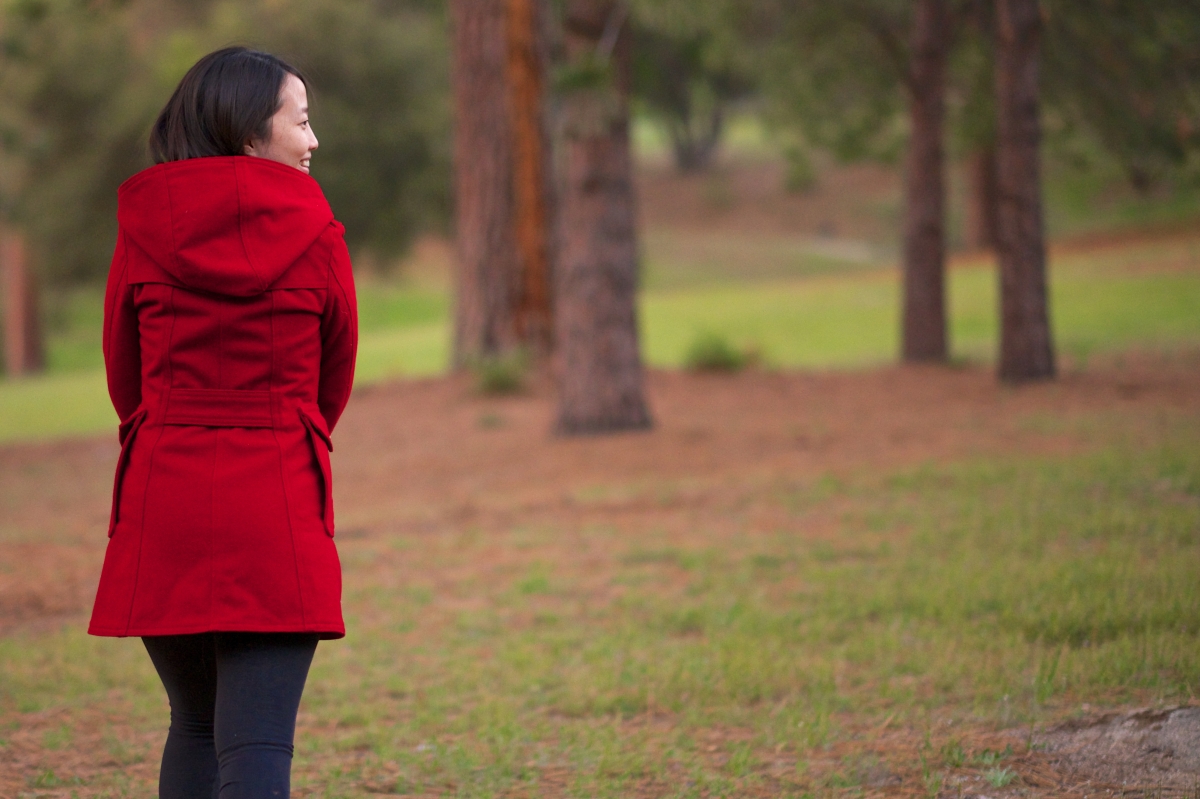 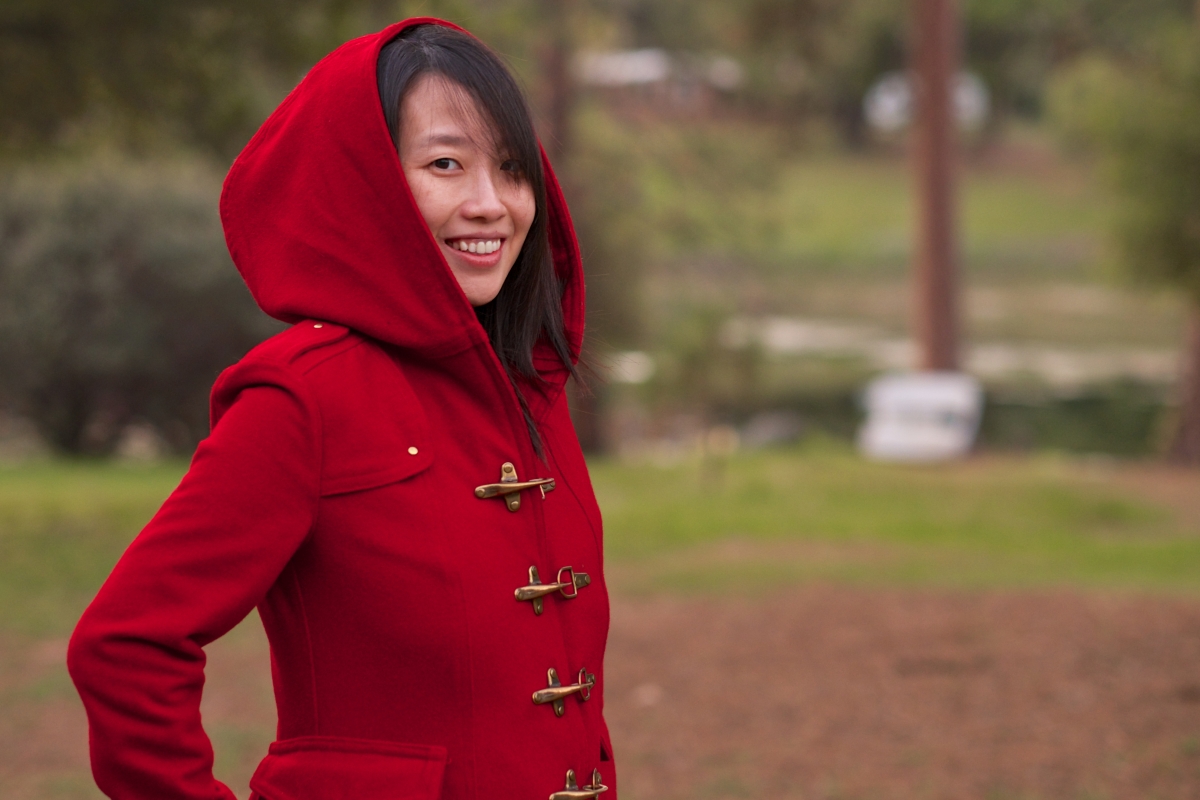 I’ve been wanting to make a red coat for a while. I have a red coat that I got from AE a while ago because it was cheap. My husband really likes the look of me in red, but I hated that coat because 1) the sleeves are way too long 2) material is scratchy 3) its a super thick coat but short as well, so i always end up with a toasty upper body but a freezing butt 4) it doesnt have a hood. So its time to take matter into my own hands!

I used my trust Talea pattern again (of course, it is now a tradition for me to make one per year). I made the coat slightly flared this time. I forgot to take photos of the inside, but its got a red lining – I decided to go with no funky lining this time! It also has a nice all red embroidered “Juebejue” Tag.

The pockets took me quite a while – both coming up with the pattern, finding the perfect placement, and actually sewing them in the right sequence of things. I like it quite a lot, you can put things into the pocket from the top, but you can also warm up your hands by sticking your hands in from the side. I think its a pretty typical pocket design for a lot of RTW coats I have but never did one myself. The placement of the pocket is actually copied from this fashion post I saw, I loved how the placement gives a little attention to the hips, giving the coat a really subtle peplum effect. Given that the original coat costs around 1k, I am quite proud 🙂 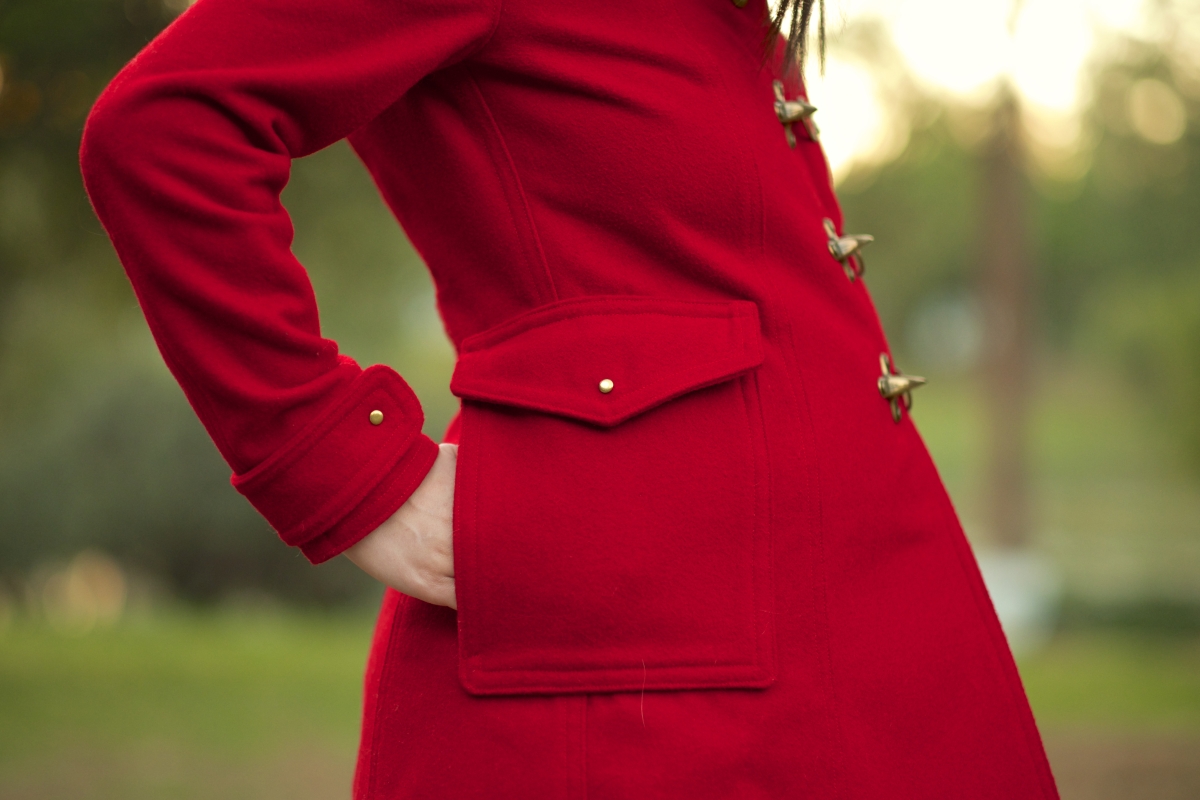 I wanted to do a proper collar with a hoodie that can be unzipped, but I was so short on fabric that I had to use red lining for inside of the hood and back flap. So that ambitious plan was scraped. I also made flaps for the back as well as the right shoulder. I really love trench coat details such as this. My husband found it amusing that I had a right shoulder flap (which was originally meant for padding your shoulder against a rifle butt), but put a metal decoration right there, totally defeating the original purpose of making recoil of rifles against shoulders more tolerable. 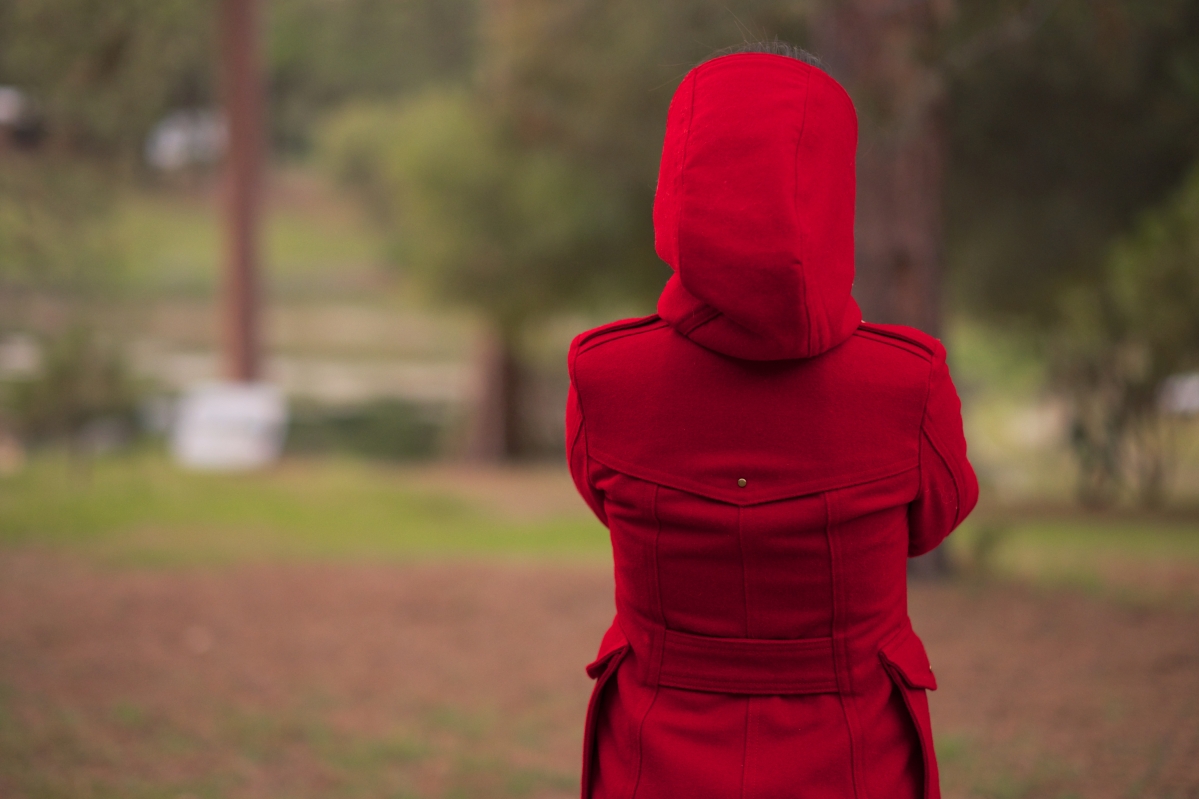 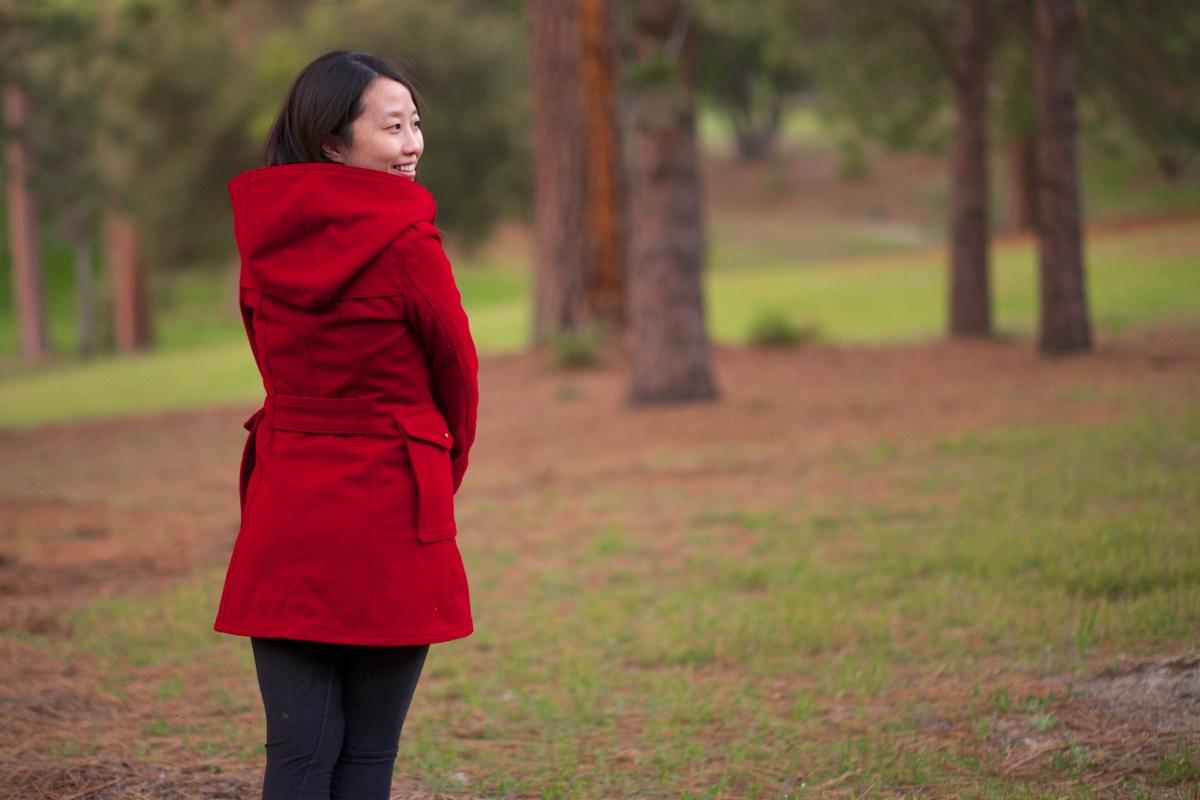 The coat itself was actually designed around the closure! I saw these fireman closures on a pretty ugly coat in goodwill, and had been dreaming of a coat made with the same closure ever since. Luckily I found some on ebay, and also bought rivets on ebay that has the same shade for accents throughout as well as to fix the closure onto the coat. I just love those buttons!!! 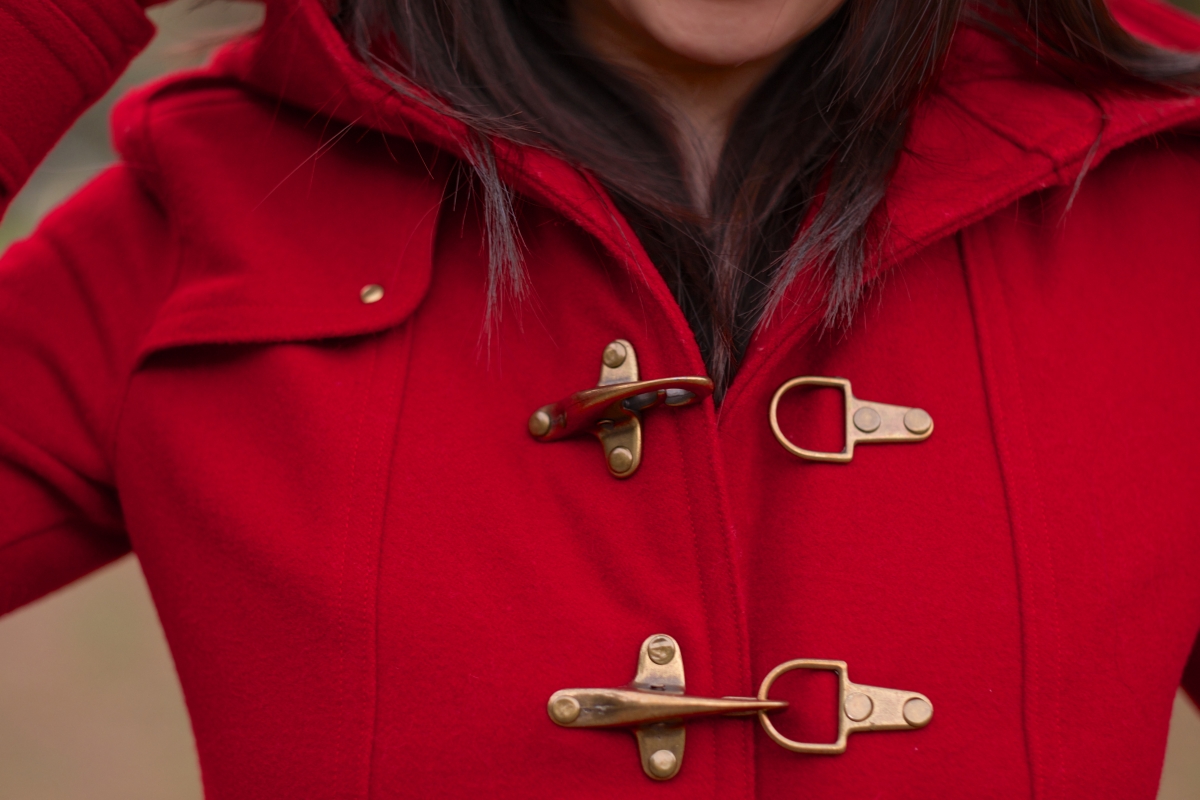 Lastly… you may think that this coat doesnt fit too well from the photos. well, I assure you that the fit is pretty great. I am just have an extra little one hiding in my belly, thats all! It is also why I’ve been absent for so long – no one ever warned me that the second pregnancy could be so much harder than the first!! 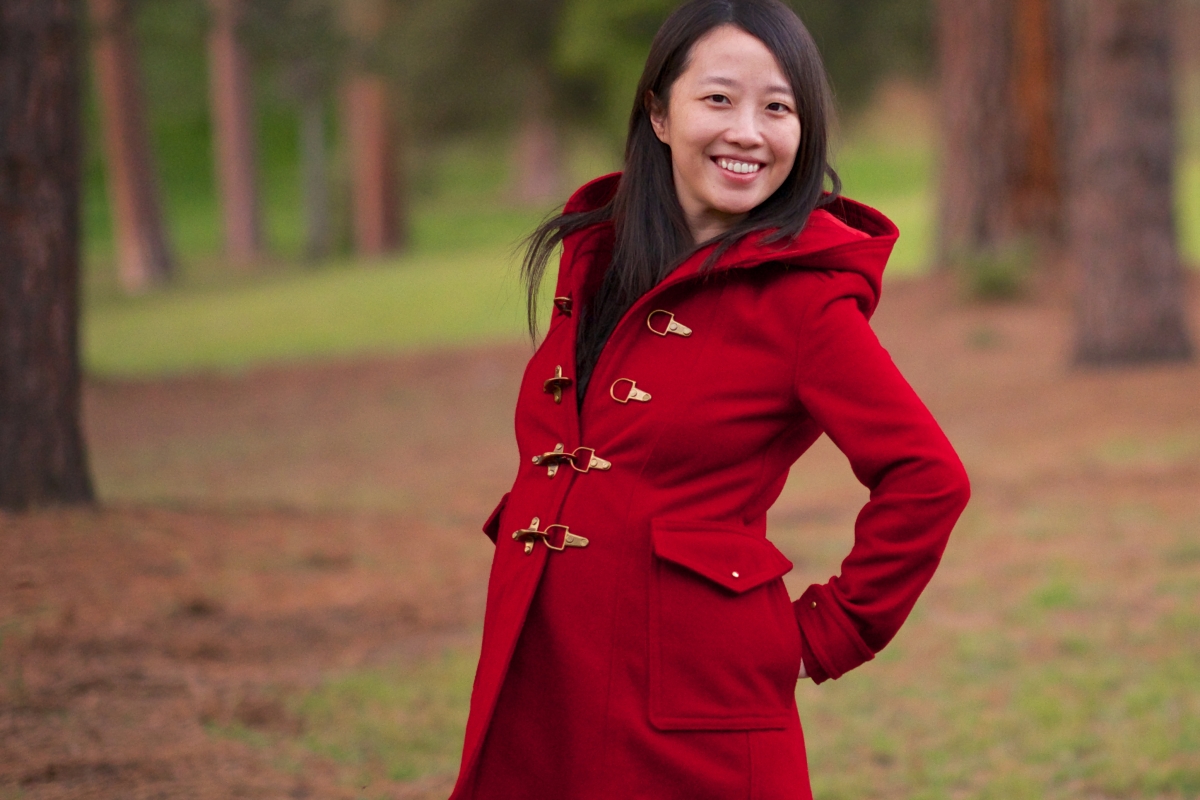