I’ve always wanted a better belt to wear with my kimonos. I often hang out around the house in my kimonos when the kids are sleeping, with no special occasion to celebrate. I am not Japanese, by the way, but I do love how kimonos look. In fact, one of the first things I sewed was a kimono robe. However, once I’ve ordered some vintage kimonos from ebay and seen how a lined kimono is made, making a proper kimono had became a little too daunting to take on- its actually a lot of work!

Anyways, you are suppose to wear an obi with your kimonos. However, tying an obi around your body without it falling off a few hours later is quite an art. Though I like the look of an obi, I’ve always thought it would be good to substitute it with a belt with boning. So after my recent discovery of corsettraining.net, I made a corset belt with the free pattern.

They go quite well together, dont you think?

That bottom part really bothered me. I didnt cut the binding in bias – because I was being lazy and also wanted to preserve more of this expensive silk. Luckily, after I washed the corset, the binding softened up and lies flat against my body.

Here’s the innards of the corset: 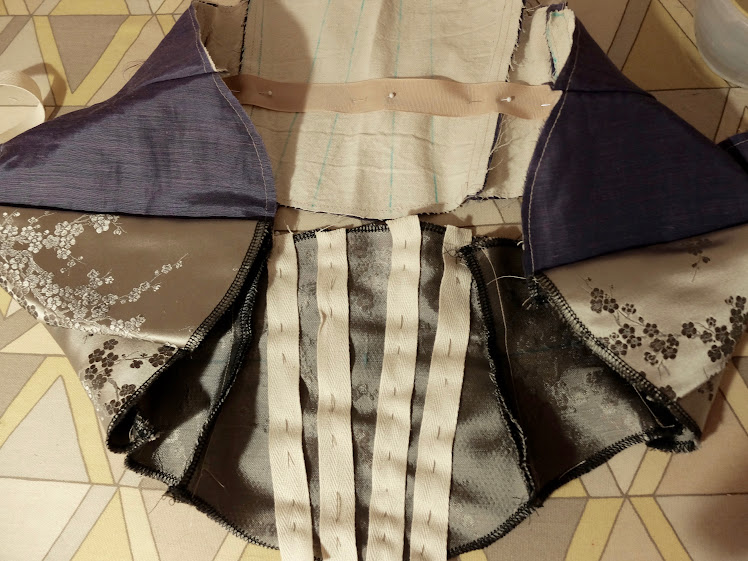 As you can see, I went a little crazy with making sure the area around boning is sturdy. The corset has three layers – silvery silk brocade, cotton duck, and purple silk lining; with cotton twill tape around boning area to add sturdiness. However, with the boning channels around the seams, I didnt add twill tape. The seam allowance was enough. 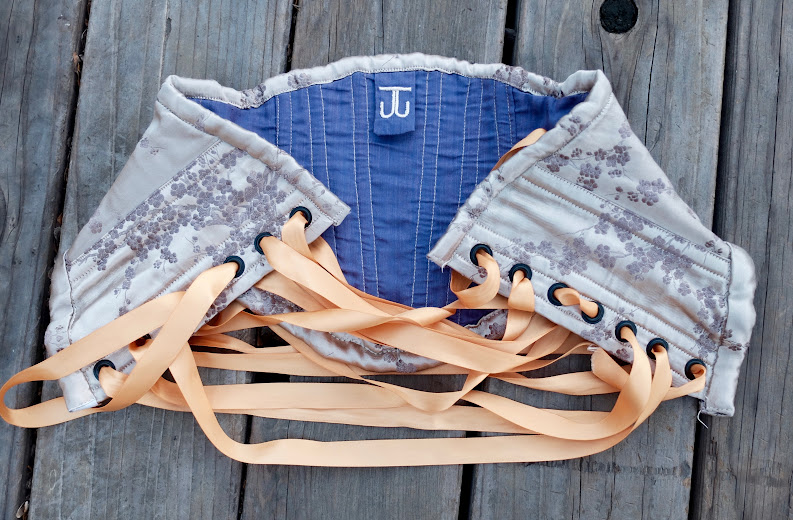 Here’s how it looks on the inside. 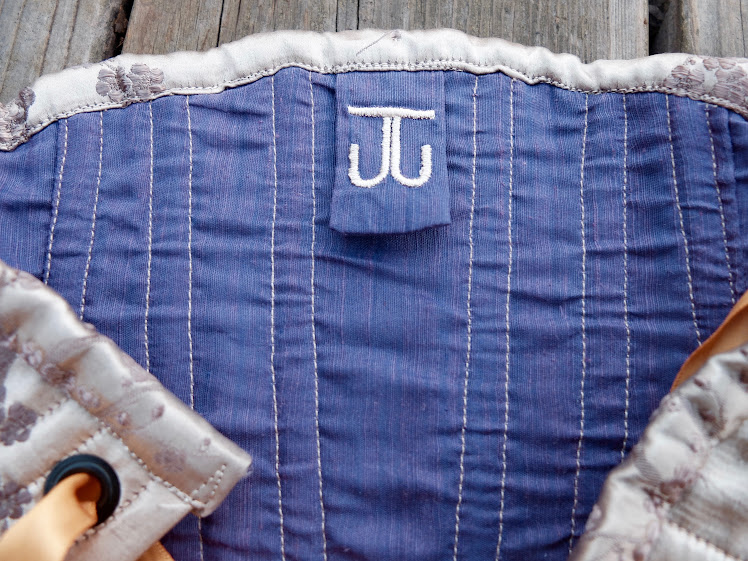 Notice the new logo? A very talented friend of mine designed this logo for me, based on “JueBeJue”. I’d have to do a special post for this. Points to anyone who could guess the representation of this logo! 🙂 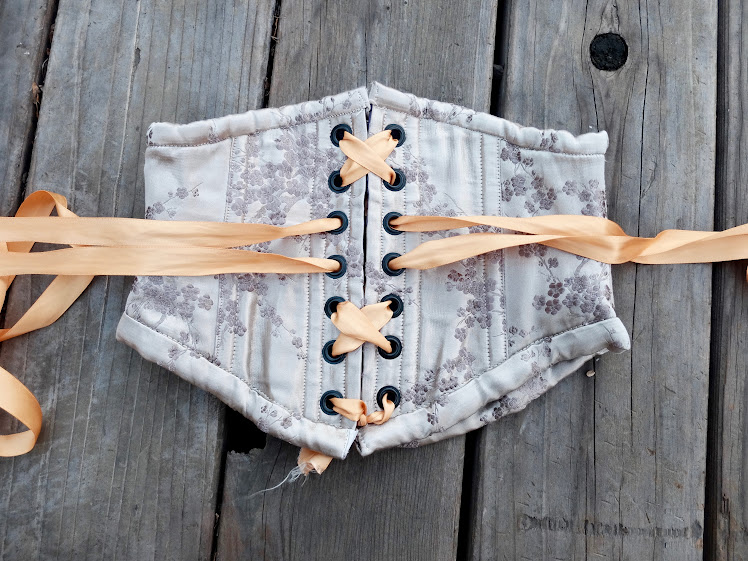 Laced up from the back. Also, I am not sure if this is due to the eyelets being closer, or that I am using a double faced satin instead of corset lacing, but the lace does not slide as easily in this – so this is actually a little harder to get out than my last corset – which had a longer back. 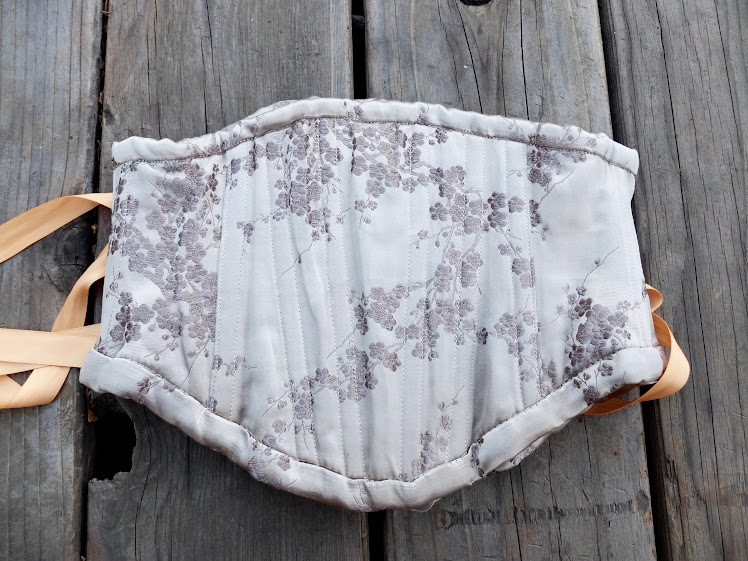 Laced up from the front.

As you can see, it gives some curve to a usually flat kimono outfit 🙂 It looks very… the west meets the east!

A little side story here. These pictures are taken in UC Berkeley, where hubby and I met. This is taken near Dwinelle hall. It was when finals were over, so there was not a lot of people around, and this spot was pretty private. So here we were going about shooting photos with a kimono in the rain, all of sudden I saw two painters having their faces plastered on one of the windows in Dwinelle hall to see what we were up to (they were really close).  It was kind of funny – especially that we had seen one of them peeing right out Sather gate… oh Berkeley…

Lastly, I leave you with my favorite picture to close out my last creation of the year!