I made a dress earlier in the summer – from this very soft, drapery rayon I found on IndieSew. I was on a lookout for a nice gingham for a while – but its hard to come by one made in rayon – I bought 5 yards of it!

Then I was inspired by the winning entry for Tessuti’s skyline competition. I made it up as I went – didnt turn out super close to the inspiration (lacking the off the shoulder and chunky feel of the dress). But its a very nice piece to wear to the office. The circle skirt made it very twirly and fun to move in.

I had originally had a stripe of bias cut around the neckline, but it stretched out a lot over a few washes (because its on bias). So even though it looked really nice I had to fold it into the neckline and stitch down. You scan see it here when it was first made: 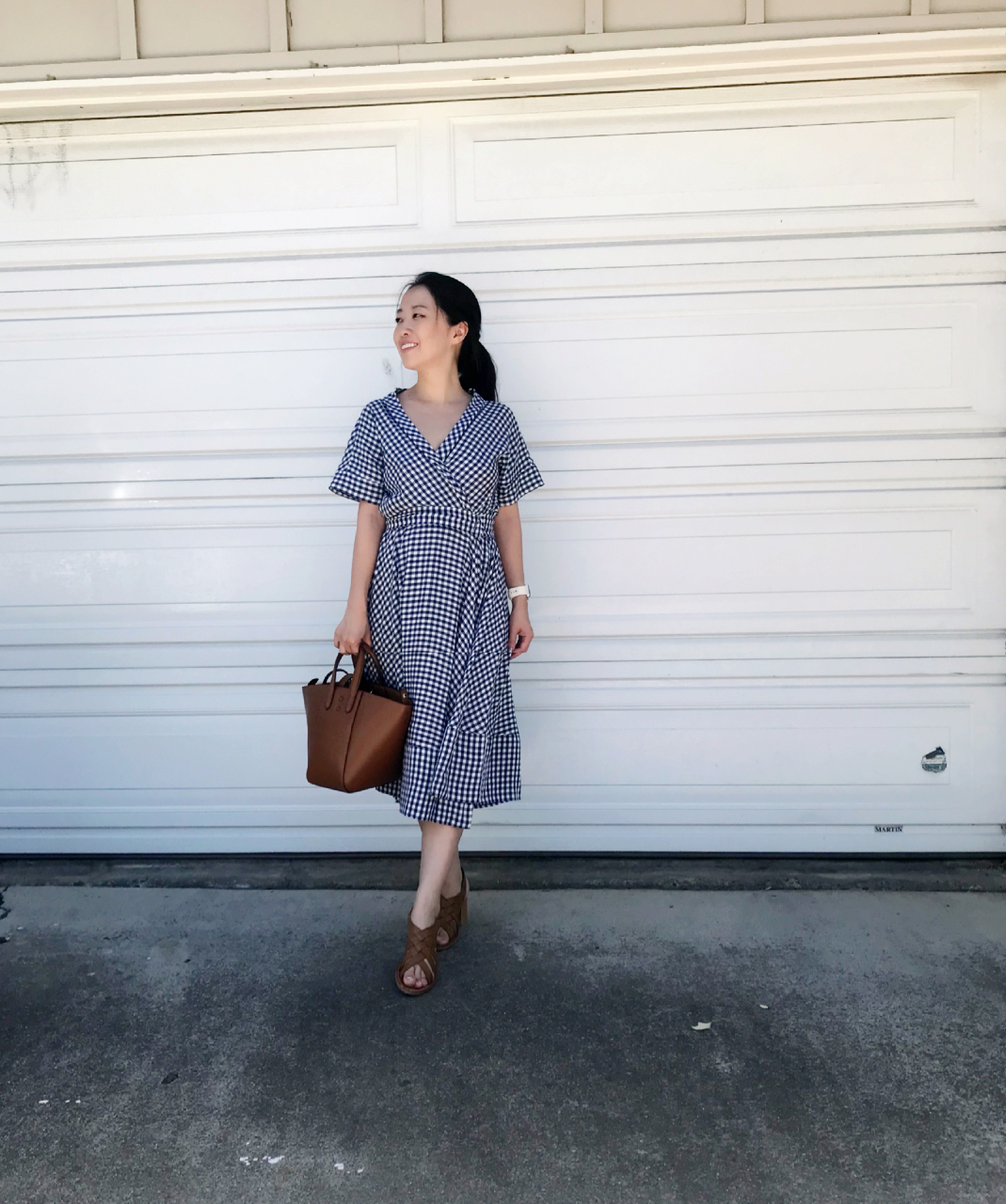 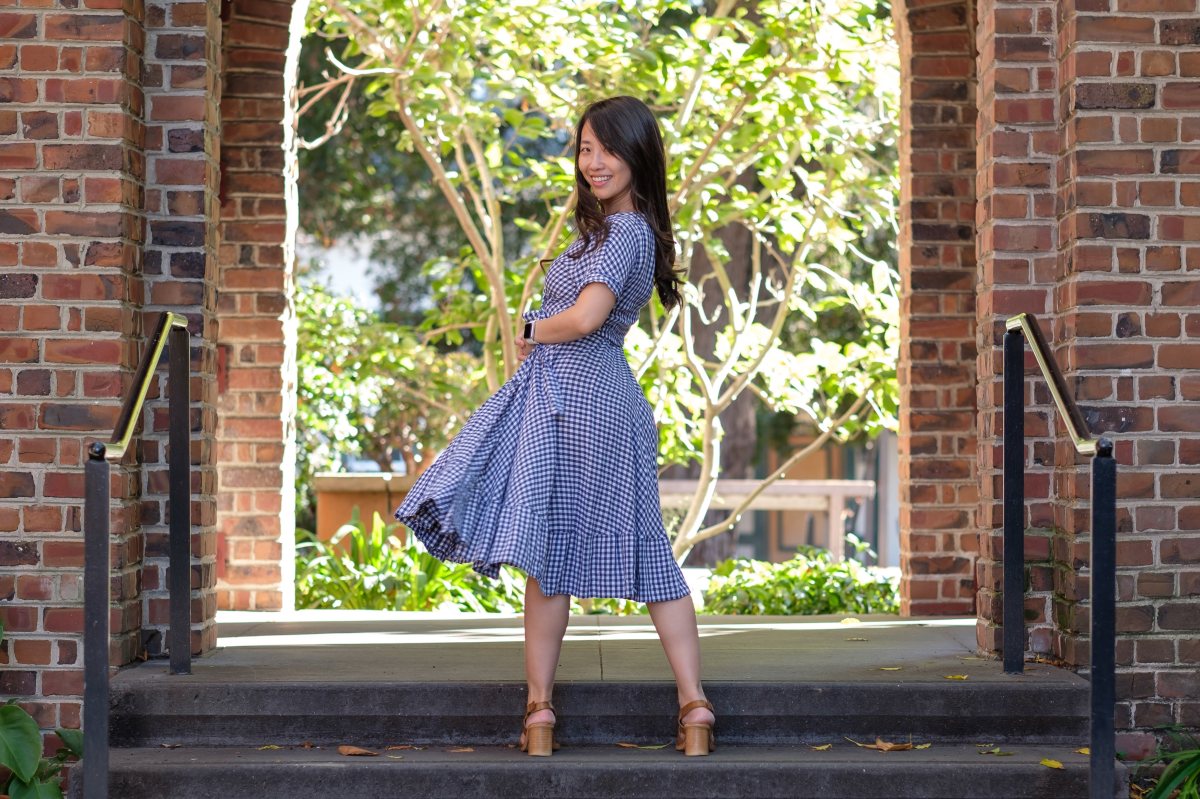 These photos taken at a little hotel in UCBerkeley –  living in the suburbs for the last 10 years made me wish I appreciated Berkeley’s many architectural details more when I was studying there for sure!